The Collective is a union of individuals dedicated to securing economic freedom for the American People.

To mobilize the American People into an economic union representing their interests while providing the tools and technology needed to live free and secure in the digital age.

Verified members are real people (no a.i., bots, automation, or non-human legal entities), 18+ years of age, and living in the US economy.

The Collective serves its members, not corporations. Giving each member the ability to vote for the representation, direction, and development of The Collective.

The Collective Network provides members the ability to interact with the digital world through alternative platforms serving the same utility as Facebook, Instagram, Youtube, and others with the benefit of being opensource, free, and designed around securing members from non-consensual engagements.

Modern American society is owned and controlled by private shareholders, with an estimated 40% of US Corporate equity owned by foreign interests. The American consumer economy is estimated at $13T+ annually while 93% of Americans are connected to the internet. $750B+ (13%) of retail sales was done online with US merchants in 2020.

The top five tech companies; Facebook, Google, Amazon, Microsoft, and Apple have a combined market value of $8T+ and control Americans' digital lives and connectivity to the internet.

Facebook, Google, and Amazon serve over 220M+ customers in the US. They generate $135B+ annually or roughly $400 per American by monetizing consumer data through automated technologies.

Data is a renewable, valuable, and necessary resource in the modern economy. $1T+ is generated from 330M Americans' personal data and digital activity annually. 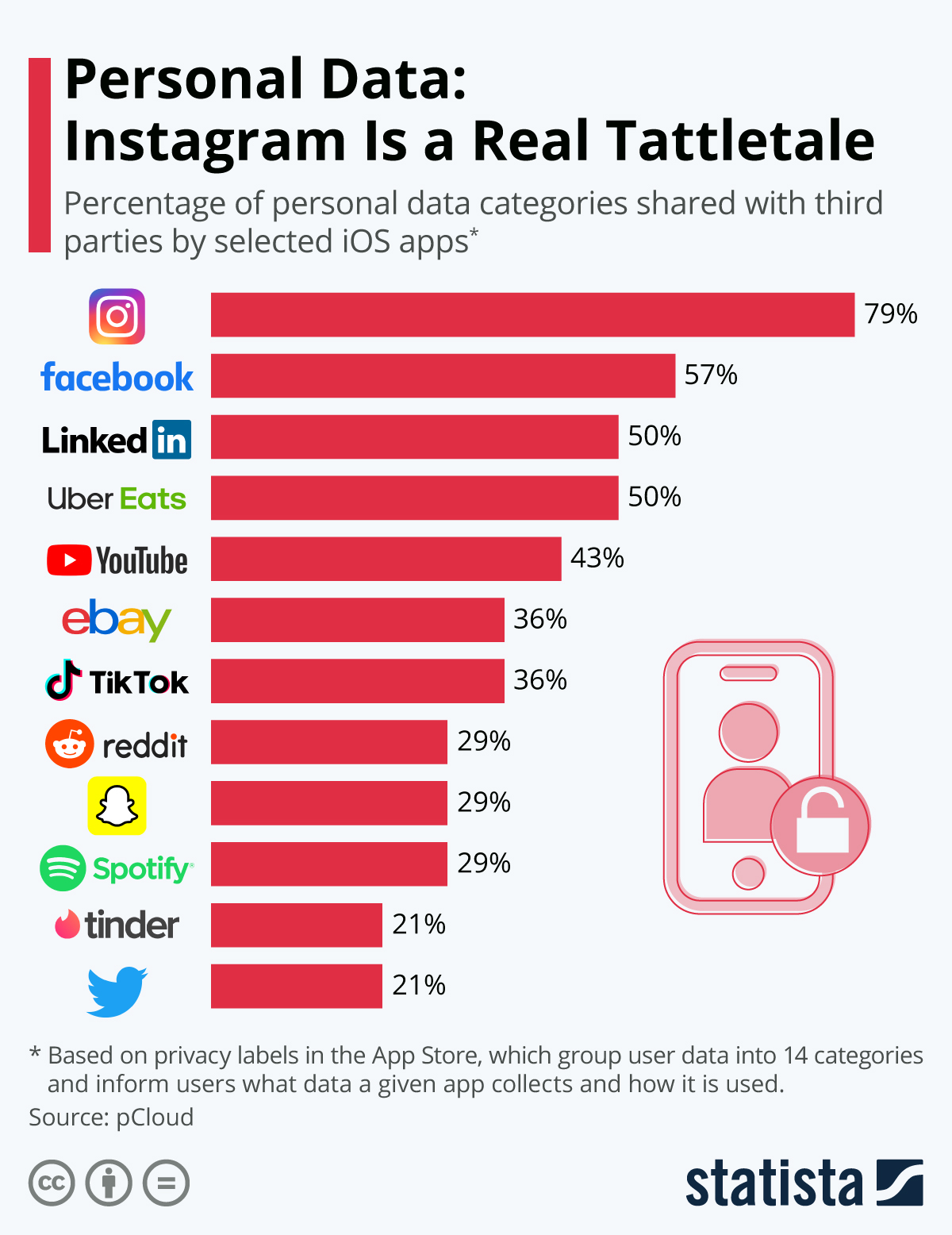 You will find more infographics at Statista

The Collective develops, sources, and provides products and services that secure members' connection to the digital world, their identity and personal data, commercial activity, communications, and physical location from hostile actors and intelligence agencies.

Individuals owning their data decentralizes power in the digital economy and removes Wall Street's monopoly. Members are able to engage businesses and legal entities commercially through regulations, fees, and taxes they democratically voted for.

Small businesses and enterprises that seek to engage members must be registered and approved for business within The Collective Network. Owners of businesses, legal liability, and other compliance measures deemed necessary by members must be met. Giving members the ability to remove predatory actors, shell corporations, and industries from their economy.

Members ultimately control access to their individual attention, engagement, and communication with them digitally. A digital house to call their own in a digital nation fighting for them and their loved ones.

The Collective Members represent a percentage of the economic power of the economies they engage with. Members can engage corporations and organizations independently as they do currently or through The Collective which unionizes member consumer activity, labor, and capital to produce greater benefits and economic opportunities.

The Collective's goal as a digital nation, economic union, and member organization are to promote the health, wellness, prosperity, and happiness of our members through individual freedom and economic unionization.

The larger The Collective grows the more influence on the US economy our members are able to wield through Collective Actions (CAs) and market activities. These actions voted on by members direct The Collective to develop, source, produce, distribute, and support product and services needed by members.

Removing hostile government agencies ability to spy on Americans and use their personal information in support of the Democratic and Republican parties allows the American People to take control of their democracy.

E Pluribus Unum, The Collective is a techno-populist movement.

WHY WE DO IT

Democrats and Republicans have divided Americans, sold their resources to private interests, and destroyed American labor to benefit Wall Street and their shareholders. Short-term privatized gains are forcing the American Working Class into long-term economic and social decline.

The Federal Reserve estimates that the wealthiest 10% of Americans hold more than 88% of all available equity in corporations, the top 1% controlling more than twice as much equity as the bottom 50% of Americans combined.

During the height of COVID-19, the top 1% saw their wealth increase by $637B while the American Working Class were forced into dysfunctional unemployment systems, lost their health insurance, or saw their small businesses destroyed from forced government shutdowns without compensation.

80% of Americans have debt, 71% have economic insecurity, and 63% of Americans have been living paycheck to paycheck and more than 13% of American adults -- or about 34 million people -- report knowing of at least one friend or family member in the past five years who died after not receiving needed medical treatment because they could not pay for it.

Those living in the United States live in a state-capitalist dystopia where private banking corporations control the flow of wealth created from the credit of the American People. The state-capitalist system is anti-small business and American labor. It seeks to subjugate the American People and future generations into economic slavery to benefit international banking corporations serving private shareholder interests.

The systems, means, and methods these parties use to retain power, eliminate competition, and enrich themselves are documented and predictable. Abuse of authority, corruption, and violence are their only weapons.

Americans divided, a nation broken, and the means of wealth and prosperity in the hands of private corporations, The Collective serves as an economic union, a digital nation, and a united front against the Democratic and Republican parties, Wall Street, and international banking cartels.